In the late 19th century my Great Great Grandfather returned from a cross-Atlantic-adventure. An explosives engineer and miner, he and his brother went to seek their fortunes.  The demand and rewards working across the Atlantic were high. He struck gold and returned to Cornwall a wealthy man. 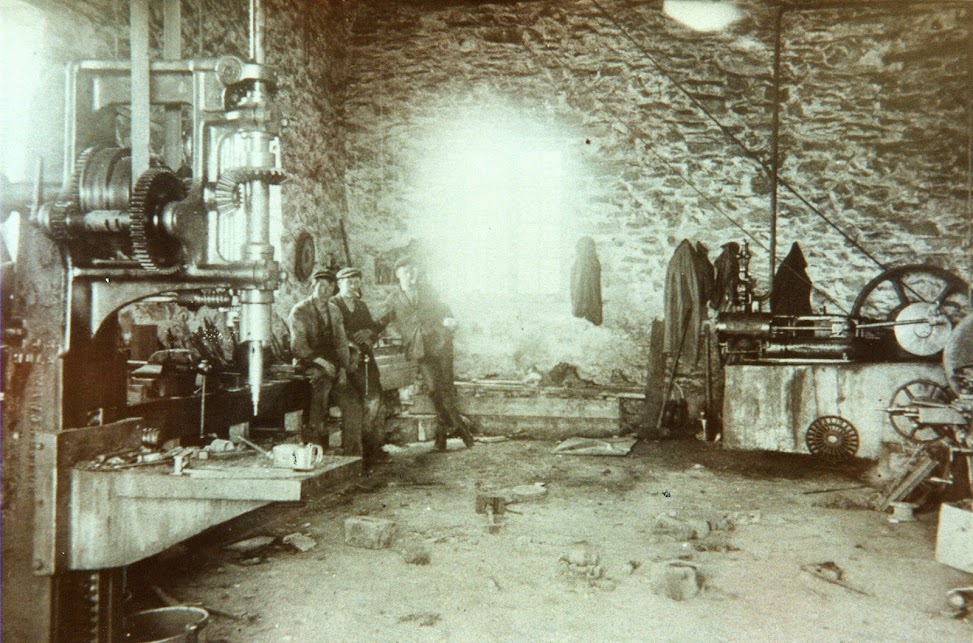 On returning to Cornwall, he (in the middle above) purchased parts of West Kitty mine when it ceased mining. The investment came with a number of properties, including a forge and the mine’s account house. The forge was used to service and repair mining tools and equipment. 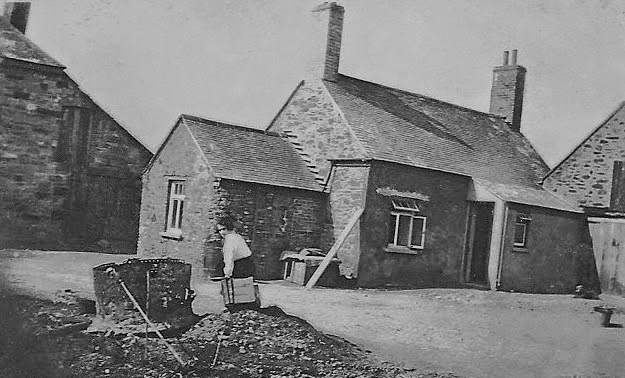 The above picture shows my Nan sat outside of the former account house, with a lean-to and the corner of the forge’s roof just visible. My Nan’s father (my Great Grandfather) used the lean-to as his workshop and the forge to found the local bus company: Harper & Kellow. Hence ‘the old bus depot’. Technically it was a coach house as my Great Grandfather ran coaches (including the coach below). However, most people associated horses with coaches, and a coach house is a different concept again. So ‘The Old Bus Depot’ it is…

The Old Bus Depot enjoyed a varied life and even became the local fire station during the second world war. Not ideal given it housed several coaches and turning up the drive required a lot of skill! My Grandfather eventually sold Harper & Kellow, and in 1970 the forge was demolished.